Problem #1: Over 2 million people attend a conference or convention in the US every year and receive a branded gift bag, which is most likely discarded or forgotten when they leave.


Problem #2: Over 20 million women worldwide are at risk of, a victim of, or a survivor of human trafficking —  most sold there by their own families who had no other means of economic support.


Problem #3:  Over 20 billion pounds of textile waste is thrown into landfills every year, a large portion of this coming from fabric scraps discarded by the textile industry.

Jennifer Moreau-Chick launched World For Good to create one solution that addresses all three problems. By using World For Good bags at conferences, we can:

The mission of World For Good is to impart a strong sense of identity of empowerment and strength from within to members of any community, in any country, from any race, that have been oppressed. Oh, and to find a use for fabric that normally goes in the landfill. Oh, and to stop the production of reusable tote bags that are used at conferences and promptly thrown away — and end up in the landfill.

In The Magic of “Multisolving” (Stanford Social Innovation Review), Elizabeth Sawin defines multisolving as “when people pool expertise, funding, and political will to solve multiple problems with a single investment of time and money.” She goes on to describe this approach as one with “great relevance in this era of complex, interlinked social and environmental challenges.” I could not agree more!

The original motivation for World For Good lay in Moreau-Chick’s own experience as a survivor of domestic abuse. Creating any solution is intense; it requires dedication and passion. It needs to touch you in a place that is different from that place that says, “I wish this were different in the world.” It needs to be connected to your soul — or at least it works better when it is. Moreau-Chick knows firsthand the feelings women can experience when they see only problems and no solutions.

She shared with me that it took nine long years of living with a monster before she couldn’t stand to see her two sons continuing to grow up and experience that lifestyle. One day, while her husband was at work, she packed up the boys and left. Unlike the image we might get from a movie, she did not instantly feel exhilarated and free.   She felt terrified and full of shame. And this was all underlined by the simultaneous realization that she now had to figure out how to support herself and her two sons. She did figure it out. And looking back now, she knows that was because of the support she was able to find and the community she had.

In April of this year, thinking about how grateful she is that she now has a life filled with love, happiness, safety, and security, Moreau-Chick wanted to provide the same opportunity to other women. She wanted to give them the means and encouragement to do the things they think they cannot do. But, that wasn’t enough. She also wanted to be part of the movement to lower our reliance on plastic and help save our planet.

I’ve had hundreds of conversations with people who had amazing ideas for solving a social problem or even multiple social problems. Almost none of them move at the speed that Moreau-Chick did! She launched in April with an NGO partner in India, who was already paying a living wage to their seamstresses as well as many other benefits, such as children’s scholarships, health and eye check-ups, soft skills development, support groups, and bank account facilitation. Although she had zero experience with tariffs, international shipping, quality control, retail products in the US — the list goes on and on! — she figured it out. And, if she knew someone who might know the answer, she saved herself and the trajectory of her business time by asking them for help. 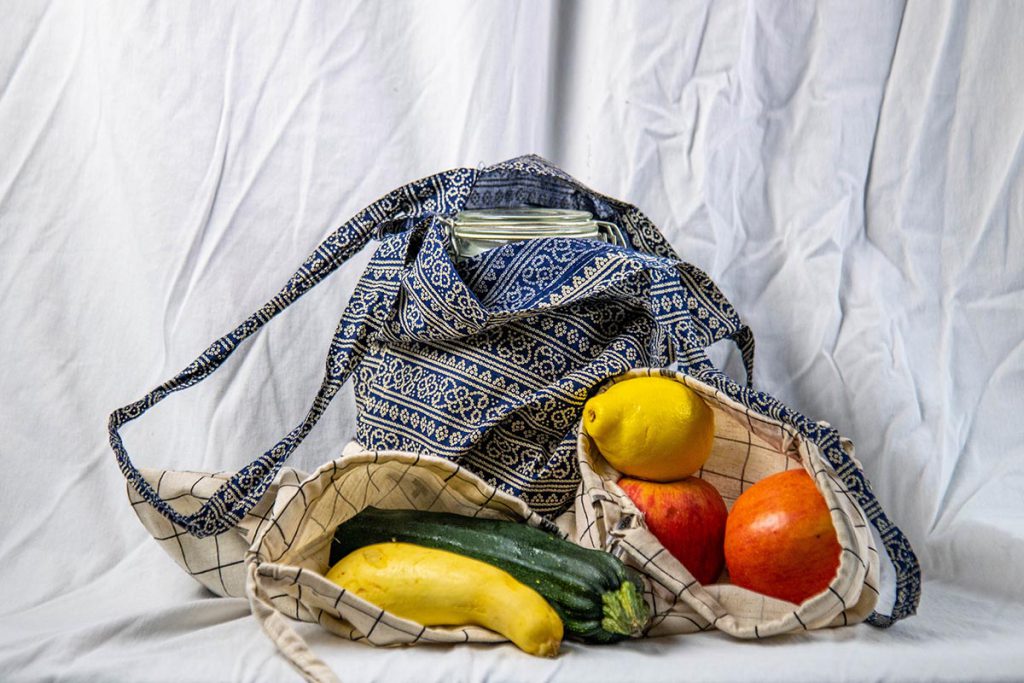 Maybe it’s because she knew that it took a village of people and opportunities for her to be able to create the life she wanted for herself and her sons. Maybe she’s just smarter than some of us and knows that there’s no reason to do something alone if someone else can help. Whatever her exact motivation, over and over, I have seen a similar story, where the women who are truly making things happen — the women who are solving some of the biggest problems in the most innovative ways — are leaning on other people for advice, support, and plain old efficiency.

In only nine months, World For Good launched as a Florida Benefit Corporation, secured the India partnership, saw delivery of the first full order of tote bags, and negotiated a soon-to-be-announced US partnership, allowing companies that have local green supply-chain requirements to work with her. And she did all of this while running Florida For Good (her full-time job), continuing to parent her two boys, participating in her marriage, being an amazing friend, and taking care of herself.

And she’s only just begun. I can’t wait for the day when any conference I attend (and I go to a lot of conferences!) will involve a V.I.P. bag that comes from World For Good!

Are you planning an upcoming conference or event? Connect with Moreau-Chick to get World For Good bags there!

Check out World For Good on Simple Switch!